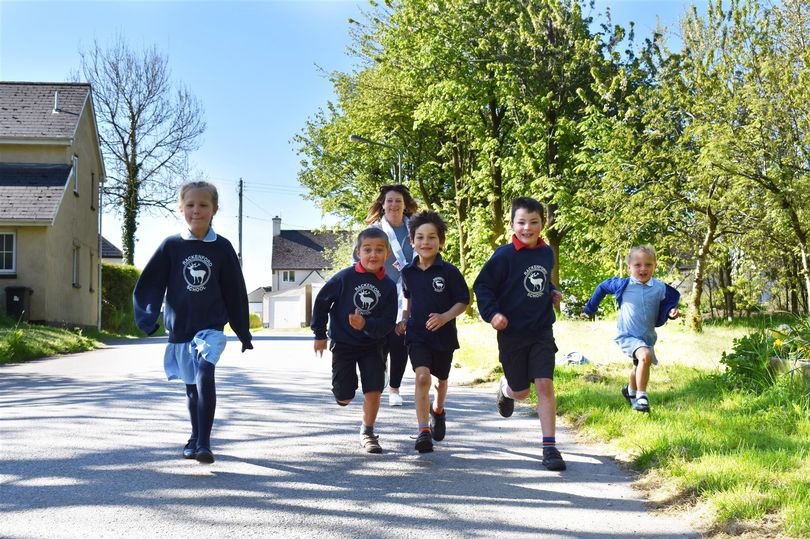 Our students have been starting the day with 15 minutes of walking, running or dancing as part of a national initiative to get schoolchildren to be more active.

Since January the students have been participating in ‘The Daily Mile’ scheme, by going on a 15-minute walk or run before their first lesson starts, and when it’s too wet to go outside, the students gather in the hall for a 15-minute dance around instead.

The Daily Mile was pioneered by a Scottish head teacher in 2012, and more than 30,000 schools in 30 countries around the world have taken up the idea since. Research has recently been conducted to evidence the benefits of the initiative, and it was revealed that researchers found participating led to improved fitness and body composition.

Sarah Maude, Head of School at Rackenford Primary, agreed with the findings: “Since taking part in The Daily Mile, we have found our students to benefit from more than just increased fitness levels. They are more engaged and switched-on with their learning, their behaviour has improved and they seem to genuinely enjoy getting outdoors and spending time with their peers.

“We recently decided to add a ‘Running Club’ element to our daily walk, so students that wish to can run the route instead of walking it. They enjoy seeing if they can beat their times and improve each week. It’s also a brilliant time for teachers to check in on their pupils and to reinforce learning and behaviour messages outside of a classroom environment.”

Rackenford’s ‘Daily Mile’ is in addition to break times and existing PE lessons, and is slotted in to the school day before first lesson starts. The whole school takes part each day, including the teachers, and is proving to be a popular part of the school day.